A move by the federal government to allow people to 3D print plastic firearms has prompted concerns over public safety across the nation, and San Francisco Supervisor Catherine Stefani on Tuesday announced plans to restrict them through legislation. 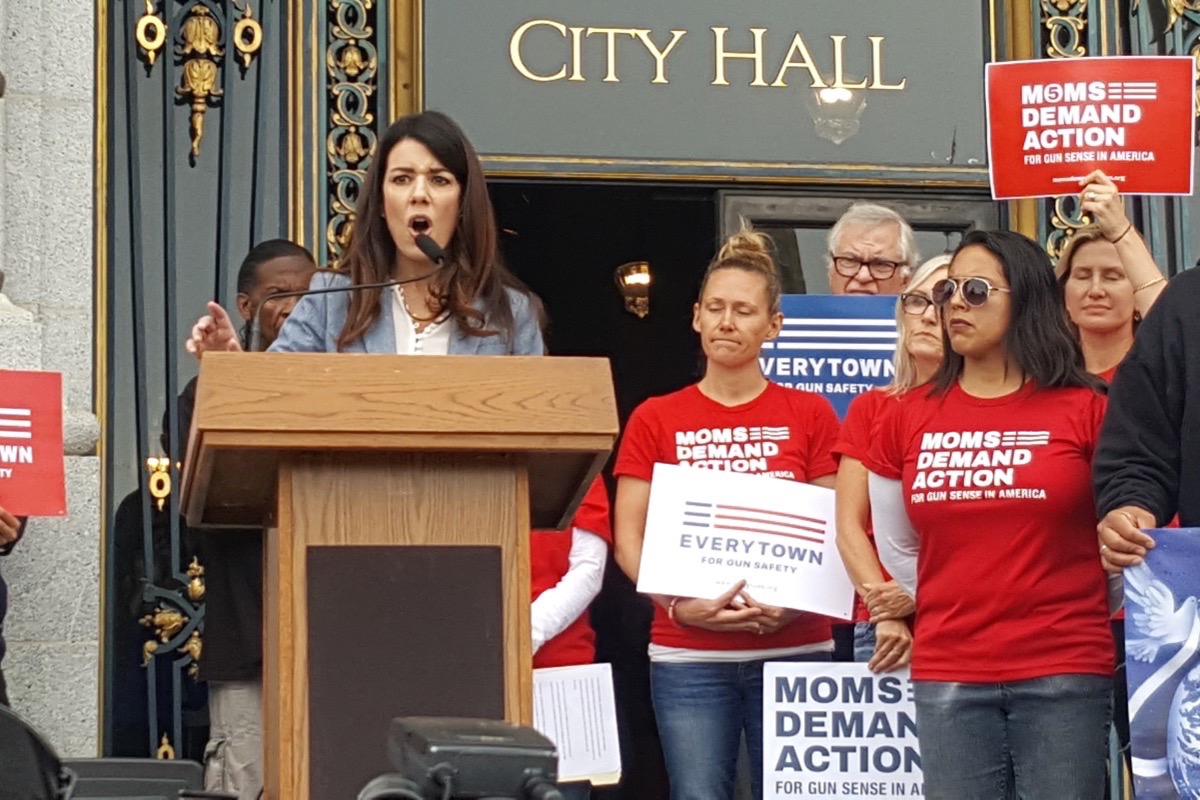 Stefani, who has made gun control one of her priorities in office, announced Tuesday she is working on 3D gun legislation with the City Attorney’s Office and intends to introduce the proposal in the fall, after summer legislative recess.

“We stand before you to combat the latest threat to our communities, that of untraceable 3D printed guns,” Stefani said on the steps of City Hall, where she was joined by anti-gun advocates like United Playaz and the local chapter of Moms Demand Action for Gun Sense in America.

With access to the internet anyone can download the digital firearm plans to 3D printers, which manufacture three-dimensional objects through layering of plastic material.

“Anyone, anywhere can build a gun on demand with no background check or without going through a licensed dealer,” Stefani said. “3D printed guns are untraceable, making the jobs of law enforcement much more difficult. They are made almost entirely of plastic, meaning that the metal detectors we walk through will be ineffective.”

Eight states and Washington, D.C. sued in an effort to overturn the settlement. California Attorney General Xavier Becerra along with 20 other state attorneys general urged Monday that the State Department and the Department of Justice change the decision.

“Why would anyone increase the burden on law enforcement and sabotage its ability to keep American communities safe?” Becerra said in a statement. “The Administration’s latest move opens the door to an increase in illegal firearms and shows an alarming disregard for public safety and national security. This is reckless and must not be implemented.”

Earlier Tuesday, President Donald Trump tweeted: “I am looking into 3-D Plastic Guns being sold to the public. Already spoke to NRA, doesn’t seem to make much sense!”

California does have some protections in place for 3D-printed firearms. Under a state law passed in 2016, which went into effect this year, anyone who makes a homemade firearm is required to apply for a serial number from the state Department of Justice.