When it comes to street-cleaning costs, San Francisco is in a league of its own.

The 47-square-mile city spends more than four times as much as Chicago does to keep streets clean, according to a recent budget and legislative analyst’s report. And Chicago, at 227 square miles, is almost five times larger than San Francisco. 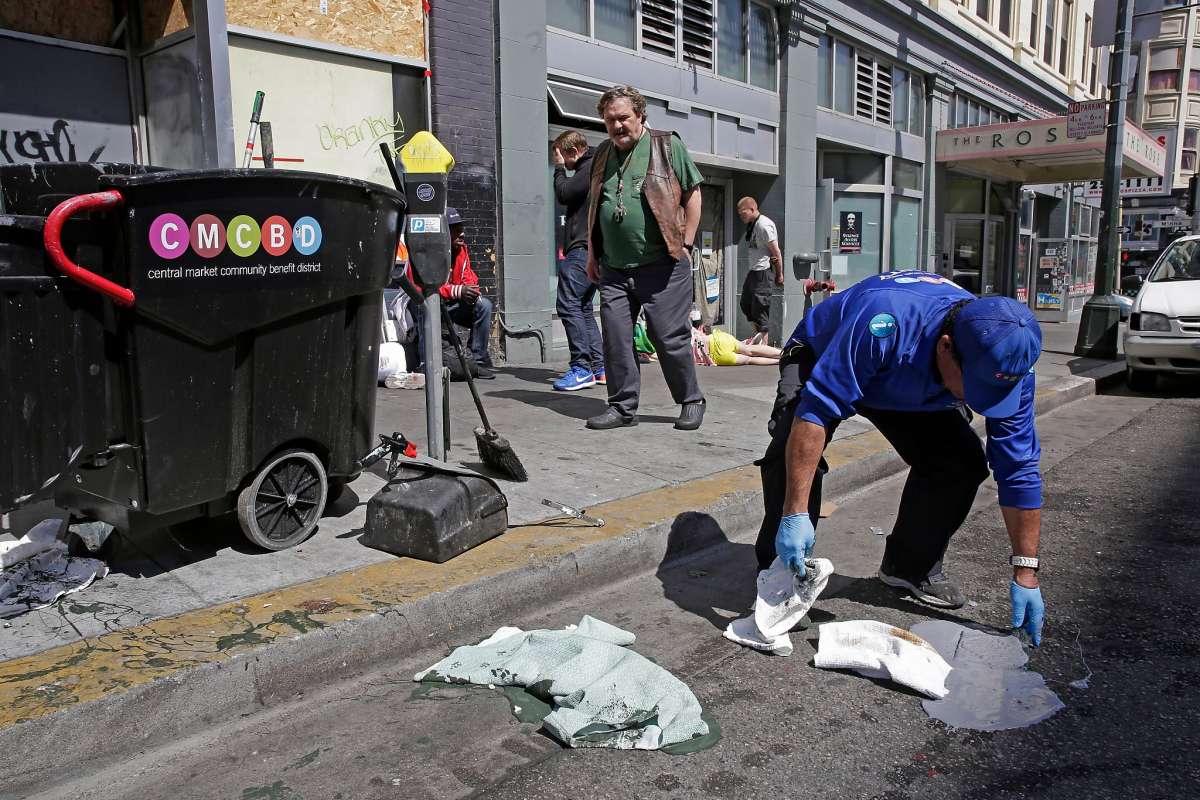 Do the math, and San Francisco’s fiscal 2016-17 spending total of $35 million worked out to more than $40 per resident to clean its streets.

So for all that money, San Francisco’s streets must sparkle brighter than those in other cities, right?

San Francisco also has more workers on the job, with a cleanup staff of 302. The average in the other cities is 40.

One caveat: The report did not compare the efficiency of city workers. “So we can’t comment on whether that is also a factor driving San Francisco’s higher costs,” Brousseau said.

Clearly, throwing money at the problem isn’t fixing it. No sooner are problem streets and alleys cleaned of human waste and drug needles than they’re promptly turned back into outdoor restrooms and shooting galleries.

Supervisor Catherine Stefani, who ordered the analysis, said the high costs should not come as a shock.

“We can’t solve this problem by cleaning up after the fact,” Stefani said. “We need to get to the root causes and do a better job of helping people who are living on the streets and in our shelters.”

“We have our crews on the ground 24/7 and have ramped up operations,” said Public Works Director Mohammed Nuru. “We’ve expanded our partnerships with nonprofits to sweep and steam clean, and to staff Pit Stop public bathrooms.”

He added, “We’re also asking the people who live and work here to pitch in and help.”

Considering the price tag, taxpayers may feel they already are.