People walking around Chestnut Street, Union Street, and Van Ness Avenue, will see some new faces this fall: Northern Station officers Sandro Alioto, Nick Armanino, Max Mackenzie, and Steve Hom. These four officers are a small part of the beefed-up foot patrols, also known as “beats,” I started with Northern Station Capt. Joseph Engler. My staff and I sat down with some officers at Northern Station to learn about the officers and what residents can expect to see with the new patrols. 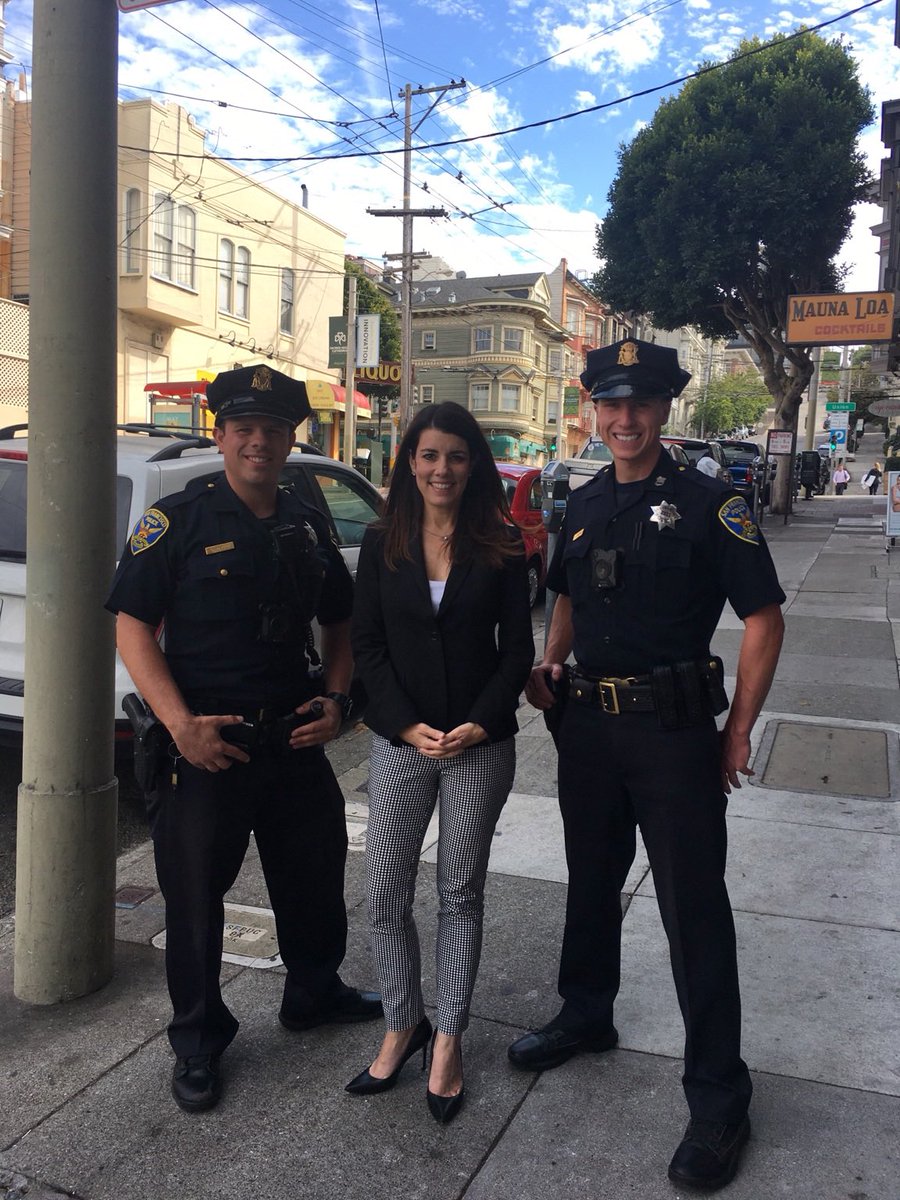 Sergeant Jessica O’Connor, who manages all patrols for Northern Station, explained the goal of the new patrols is to increase officer presence on the street. The importance of presence in policing is two-fold: officers deter crimes in an area simply by being present, and they are also able to respond faster when crimes do occur because they are already on-scene. With the growing property crime epidemic spreading throughout San Francisco, including in District 2, O’Connor views officer presence as one of the most important tools in this fight.

The new patrols will include 19 officers in total, an increase of seven officers from prior beats. Officers will patrol seven days a week from 8 a.m. to 9 p.m., both on foot and on bicycles. Sergeant O’Connor has assigned the same officers to each beat so they can get to know the community and offer a familiar face.

In addition to patrols along Chestnut Street, Union Street, and Van Ness Avenue, new patrols will also cover the Palace of Fine Arts and stretches of Divisadero, Upper Polk, and Fillmore Streets.

Officers Nick Armanino and Sandro Alioto will head the new Chestnut Street patrol. Both men aim to foster a safe and clean neighborhood where families can enjoy the outdoors and businesses along the corridor. Because the patrols started earlier this month, Armanino and Alioto have made it their focus to get to know the merchants along the corridor and understand their challenges. They both recognize that the problems affecting many parts of San Francisco are starting to affect Chestnut Street, and their mission is to ensure all San Franciscans, young and old, can walk the streets knowing they are protected.

Officer Alioto is excited to get to know everyone in the neighborhood and see the direct impact of his work. As a born-and-raised San Franciscan, he has a special connection to the community he protects and wants to preserve the San Francisco he loves. Alioto is a die-hard San Francisco sports fan who loves the Giants, Warriors, and 49ers.

Officer Armanino enjoys the excitement of patrols. Each day, he knows two things: It is going to be different from the day before and he is going to help people. Armanino has loved getting to know the city as an officer and having the opportunity to serve the people of San Francisco. In his spare time, he enjoys cooking homemade meals.

Officer Max Mackenzie has a personal perspective on how our neighborhoods have changed over the last couple decades. He grew up in San Francisco and actually attended elementary school with Officer Alioto. He previously worked as a footbeat in the Tenderloin and is dedicated to preventing street crime from spreading in District 2. As a native San Franciscan, Mackenzie is also a huge fan of our Bay Area teams.

Officer Steve Hom is one of the most outgoing officers on the force and loves getting to know the people he meets on the street. He became an officer to advocate for the hard-working people of San Francisco. Hom views the Marina, Cow Hollow, and Pacific Heights as the “crown jewel[s] of San Francisco” and plans to use his patrol to keep these beautiful areas safe and clean. Outside of work, Hom enjoys spending time outdoors boating.

The women and men of Northern Station, and all of SFPD, are here to protect and serve the people of San Francisco. If you see an officers patrolling in District 2, I encourage you to say hello and get to know them. These same officers will be on your streets regularly and are excited for the opportunity to help our community.

As a mom to two kids in District 2, public safety is my top concern. Constituents often ask how they can help address the challenges we face, and one of the best ways to do this is with eyes on the street. Your presence on our streets helps deter criminals and your reports help the police do their job. However, we are witnessing that this can only go so far. We need more police officers protecting our streets. I want to know my kids are safe when they walk around Cow Hollow and am so thankful to officers like Armanino, Alioto, and Hom for keeping District 2 the crown jewel of San Francisco.