After more than 1,000 people crowded onto San Francisco's Ocean Beach on Saturday to celebrate Burning Man, city Supervisor Catherine Stefani on Tuesday urged the city attorney and district attorney to investigate and pursue any potential charges against the party promoters. 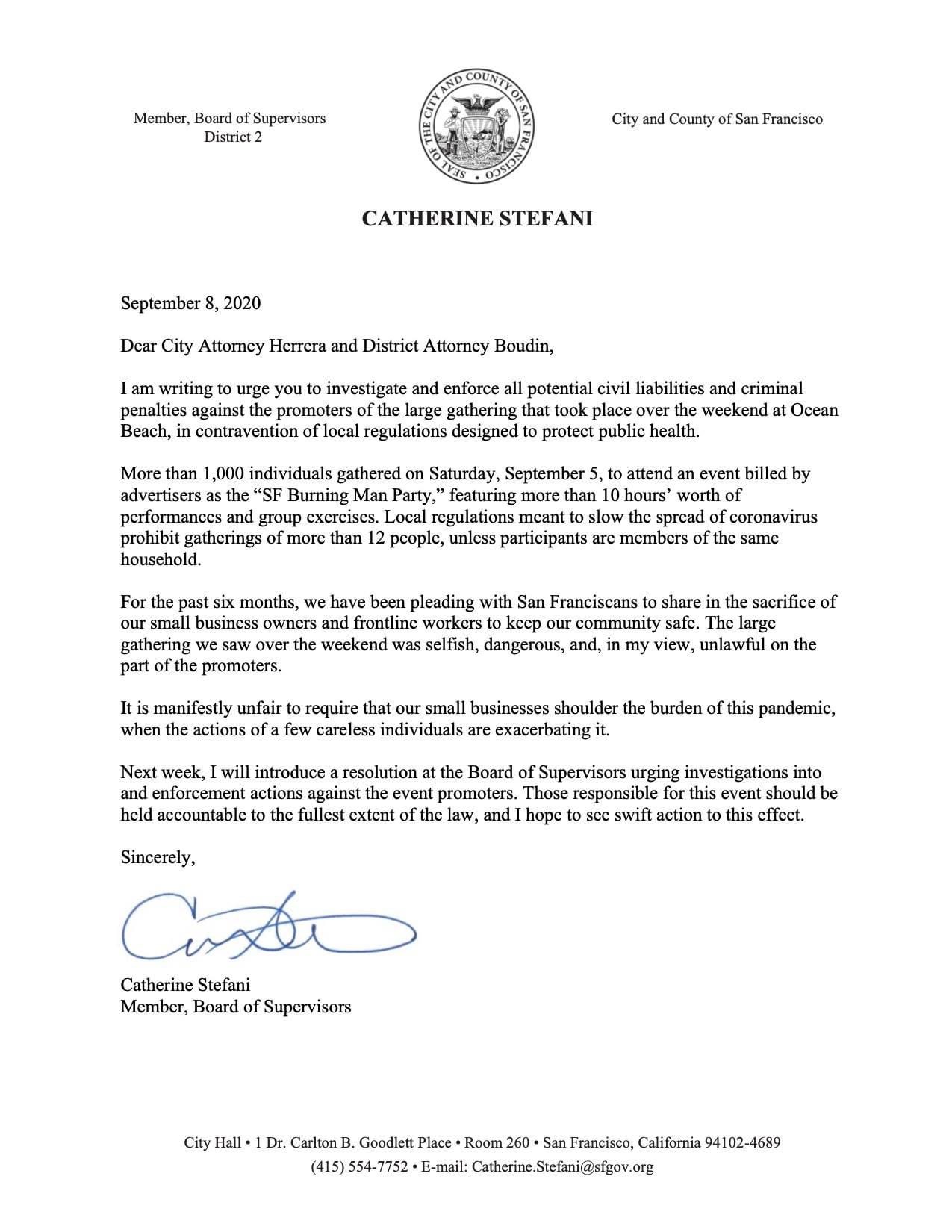 The party, which went against city orders that prohibit gatherings of more than 12 people amid the COVID-19 pandemic, was billed as a celebration of Burning Man, the annual counter-culture festival held in Nevada's Black Rock Desert.

Stefani said she's planning on introducing a resolution at next week's Board of Supervisors meeting, urging that District Attorney Chesa Boudin and City Attorney Dennis Herrera investigate all large gatherings and, if necessary, take legal action.

"For the past six months, we have been pleading with San Franciscans to share in the sacrifice of our small business owners and frontline workers to keep our community safe," Stefani said in a statement.

"The large gathering we saw over the weekend was selfish, dangerous, and, in my view, unlawful on the part of the promoters."

She added, "Those responsible for this event should be held accountable to the fullest extent of the law, and I hope to see swift action from our City Attorney and District Attorney to this effect."

The party was organized by Collective Conscious and Trap Home Productions, according to an event page on Facebook. It featured 10 hours of performances, as well as activities like a "1-minute group chant to provoke our highest potential," organizers said.

In the aftermath, Mayor London Breed called the organizers "reckless," ordering the beach parking lots closed and calling for extra officers to patrol the area to prevent any future large gatherings.